We love living in the Netherlands but one of the few things we dislike is the lack of space. Buying a house with a garden here is a luxury that few can afford and that’s a great disappointment if you like to grow your own veggies. 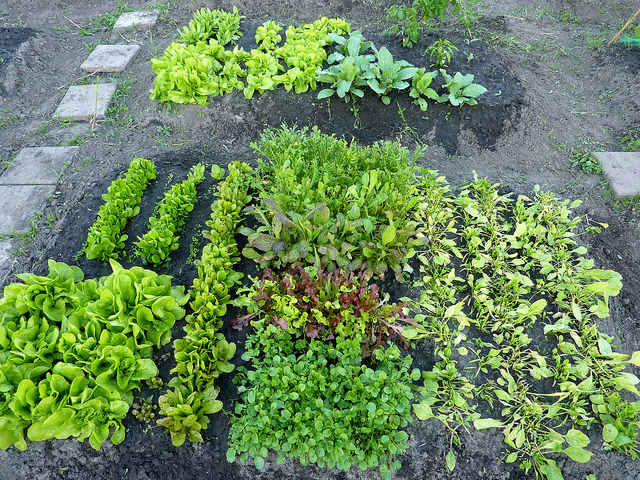 There are tuinverenigingen (garden clubs) in Den Haag but they often have 3-4 year waiting lists and they aren’t cheap. Apparently it’s not uncommon to pay a yearly fee of €500. That’s a lot of vegetables….

So you could say I was a little excited when this year I found a solution: the buurttuin. It’s the Dutch equivalent of England’s allotments, small community gardens that are rented out by the municipality for a nominal fee. In Den Haag, a 15m² patch of land will set you back €26 for the season. There’s only one catch: you have to queue! 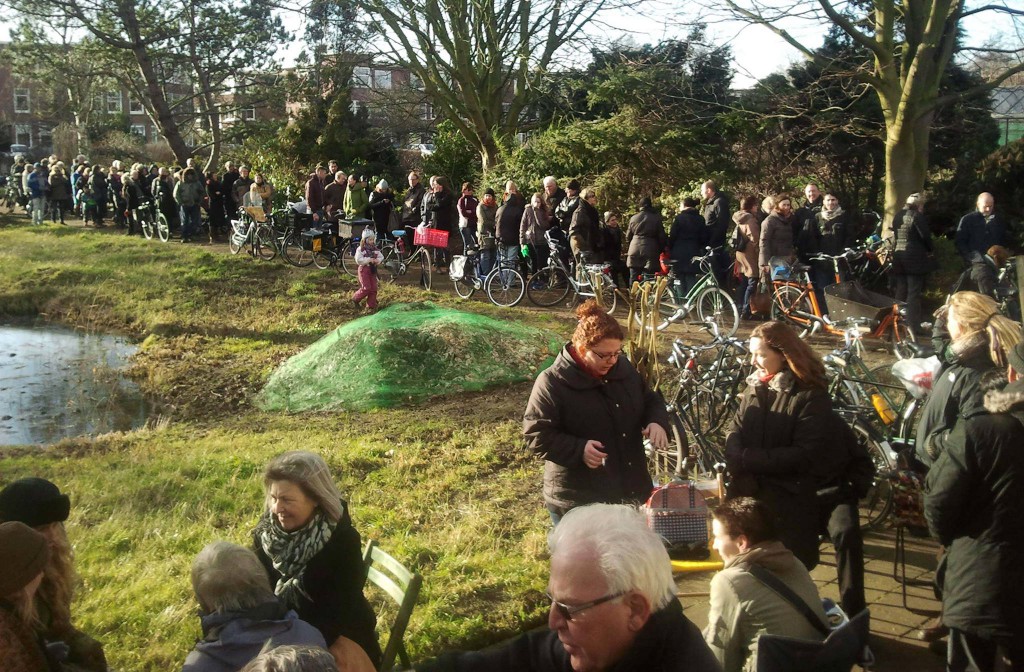 Queuing up for my community garden plot in The Hague. Excuse the terrible photo. I have an old smartphone, and forgot my good camera.

The gardens are distributed once a year around the beginning of February. Watch the Den Haag website for information, choose your registration point and get there early because gardens are given out on a first-come-first-served basis. The demand is normally three or four times greater than the number of available plots.

At our local registration point, some 300 people turned up for 94 plots. I was first in the queue, but then again I arrived 4 hours early. Now if you’ll excuse me, I have some garden planning to do…