Earlier this month we were packing for a family holiday in Florida, which meant 11 hours on the plane each way. That’s a long time to entertain a 3-year-old kid but we had a secret weapon: card games made by French company Djeco.

Our family owns two of these games — Bata-waf and  Batapuzzle — and we must have played them a thousand times over the past few months. It’s hard to find games that a toddler can play along with older kids or parents but these ones easily keep Luke (and everyone else we’ve played with) amused. 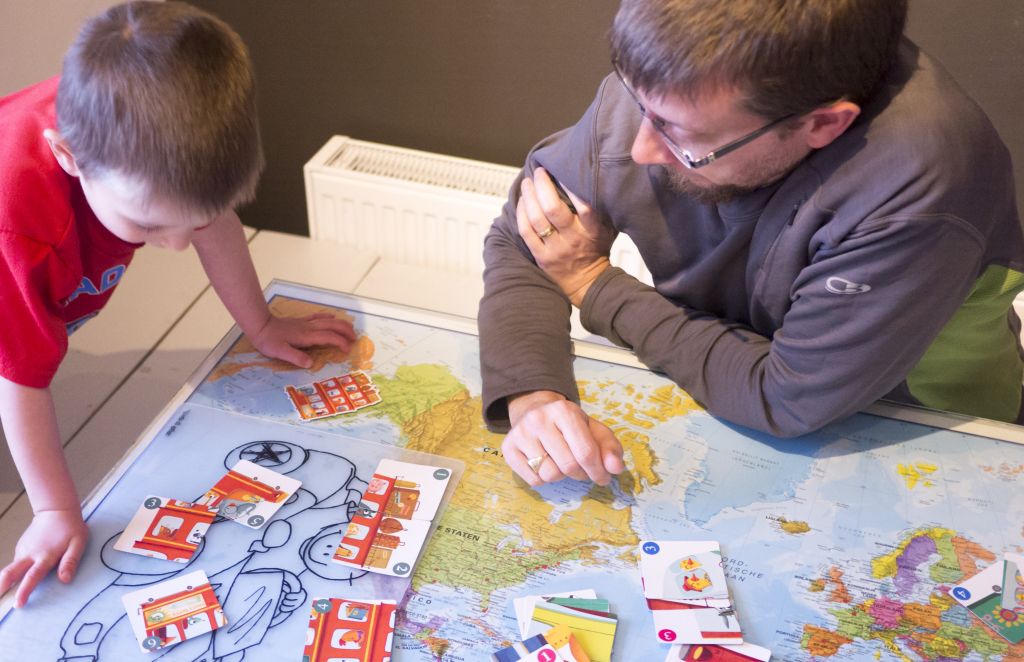 Playing a round of the Batapuzzle game.

They’re also educational. Bata-waf, for example, is like the card game “War”. Each card has a colourful drawing of a dog on it, as well as numbers, lines and colours that show the height of each dog. In each round, players are dealt a card and the person with the tallest dog wins that hand. Kids who can’t yet count can play by comparing the size of each dog and over time they will associate the numbers on the cards with the size of the dogs. 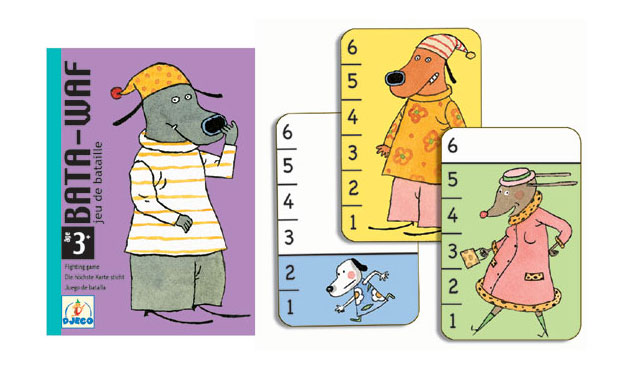 Batapuzzle works in a similar way. Players have to complete their puzzle to win and in order to collect the cards they need, they must “win” their pieces by having the highest number card in any given round. It’s a little more complicated than Bata-waf and is labelled as suitable for kids from 4-8 years old but Luke is 3 and has picked it up really quickly. 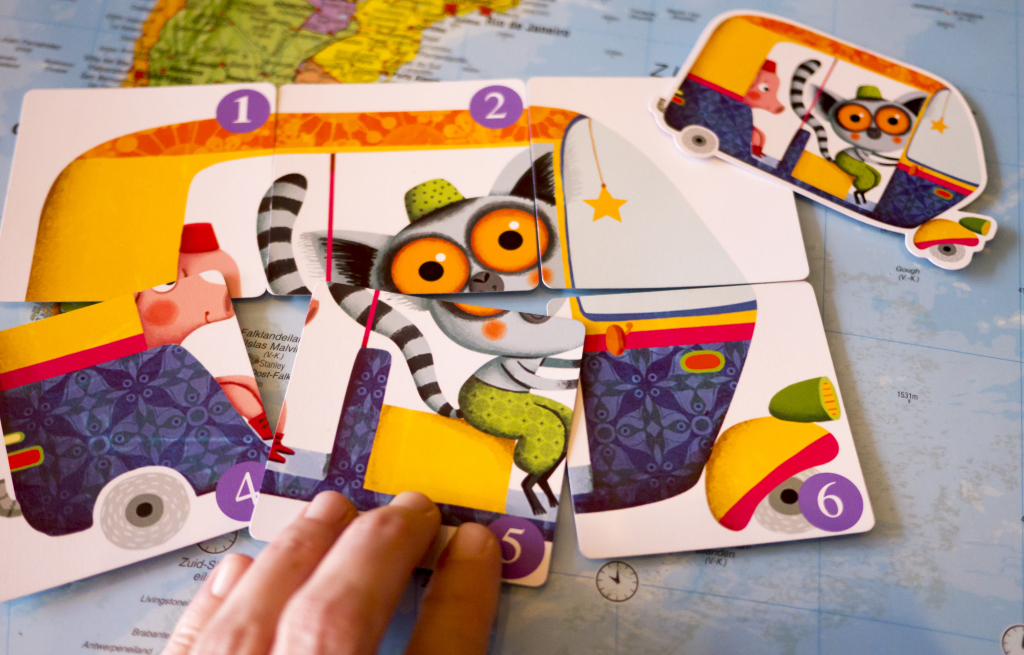 Occasionally Mummy manages to win at Batapuzzle but mostly Luke beats everyone in record time!

On a practical note, the Djeco games we’ve bought so far come with instructions in multiple languages and you don’t need to speak a specific language to play them, which makes them great for international families or as gifts for relatives overseas. They’re also compact and come in a sturdy box for storage or travel. Finally, they’re affordable. Most cost around (or under) €10.

Djeco has made tons of these games, suitable for kids up to about 10 years old. We’re looking forward to expanding our collection as Luke grows.

For anyone living in the Netherlands, we’ve purchased our games from I ♥ Speelgoed but they’re readily available online, no matter where you live.