This year we were invited to check out the opening day of LEGO World in Utrecht, the outing of the year for LEGO fanatics. Since we have many little LEGO fans in the family, we jumped at the chance to go.

Our day started early. We wanted to be first in the door at 10am and we had to make the journey from The Hague to the Jaarbeurs conference centre in Utrecht, where LEGO World is being held until 24 October. With coffees and pastries as our breakfast-to-go, the ride went very smoothly and from Utrecht Central Station it was only a two minute walk to the venue.

Although we arrived 30 minutes before opening time, crowds were already starting to gather. Despite this, when the doors opened everyone was able to get inside fairly quickly and the fun began! 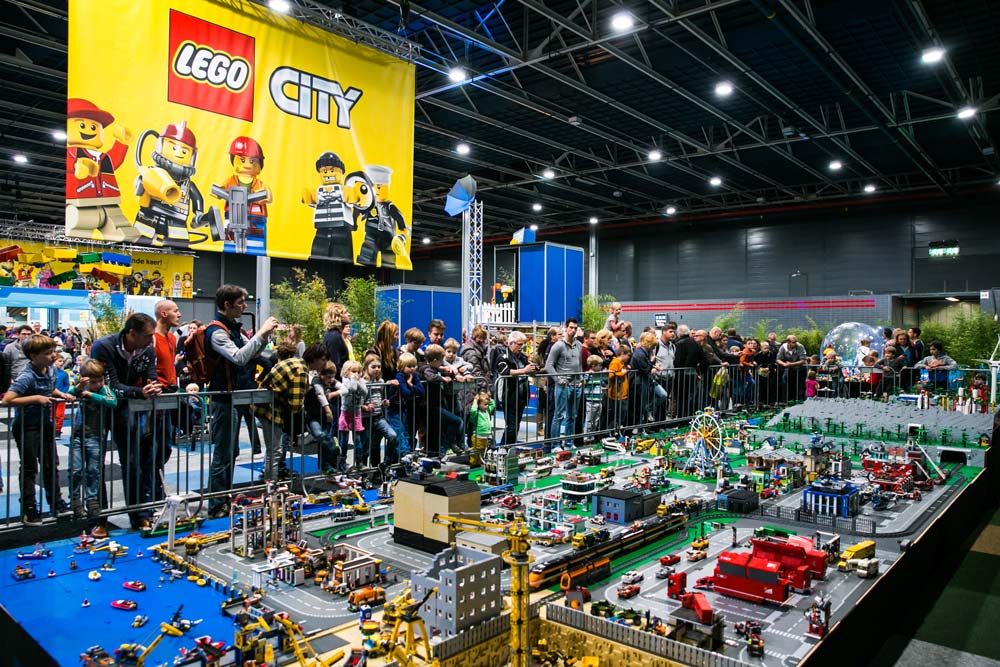 A small slice of the action at LEGO World. It’s huge!

It was our second visit to LEGO World (see last year’s review) so we knew roughly what to expect. Even so, we were initially taken aback by the size of it – several gigantic rooms filled with every type of LEGO imaginable. For each of the LEGO themes (eg. Ninjago, Nexo Knights, Friends, Technix, City, Star Wars, etc), there’s an area to match. It can be overwhelming, so if you’re going make sure to think about which areas you most want to visit. In our experience, in one day we can only get through about 50% of the exhibits.

Since we went with relatively young children (two 5-year-olds and one 2-year-old), we spent a good chunk of time in the Duplo area. It was an oasis of calm compared to the rest of LEGO World, and the kids happily played here for a couple of hours. Next to the Duplo area was a bouncy castle for kids aged 1-5 and staff did an excellent job of keeping older kids off so that the younger ones could safely burn off energy.

After a picnic lunch (it’s allowed to bring your own food), we did some building in the other areas, visited the LEGO gift shop for a small souvenir, looked at some of the amazing LEGO models (including a life-sized race car and an extensive train landscape) and headed out about 3pm. 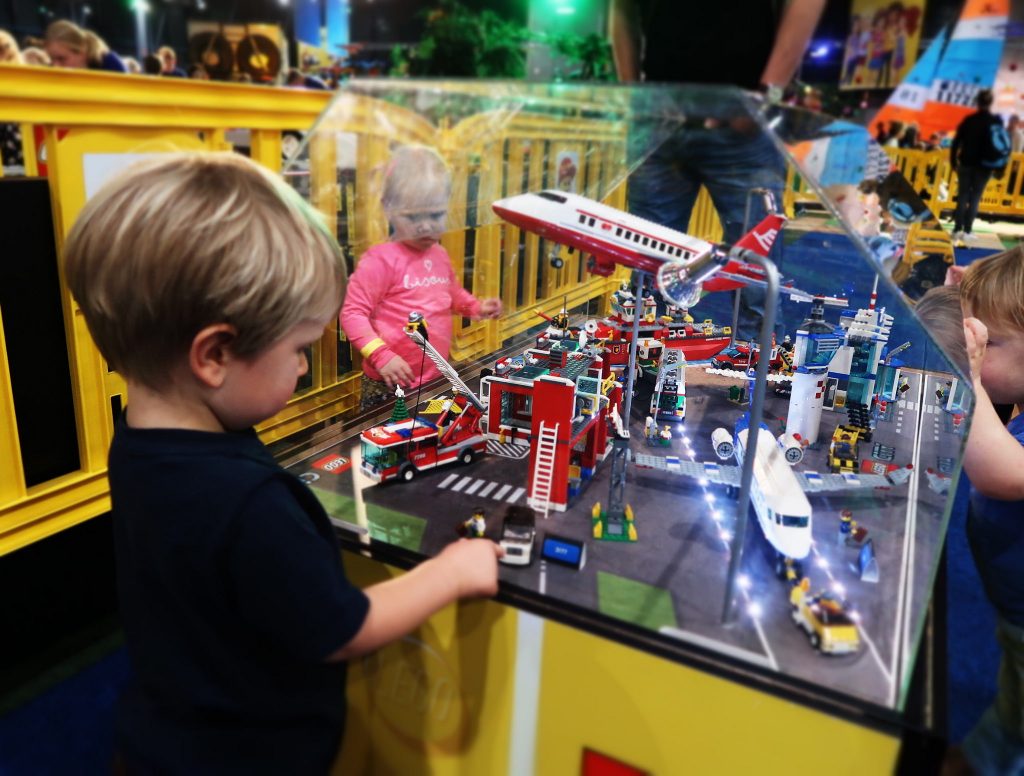 Checking out the moving LEGO City models was good fun for our toddler.

LEGO World 2017: A Must For LEGO Fans
English-Speaking Employers in The Hague

One Response to LEGO World: A Full Day of Playing and Building in Utrecht