By Friedel on October 23, 2016 in Activities & Highlights, For Kids, Utrecht

Ever wanted to swim in a pool of LEGO blocks, stand under a LEGO shower or scoop up mounds of yellow bricks with a digger? We did all of these things and more at the biggest LEGO event on the planet: LEGOWorld 2016 in Utrecht. 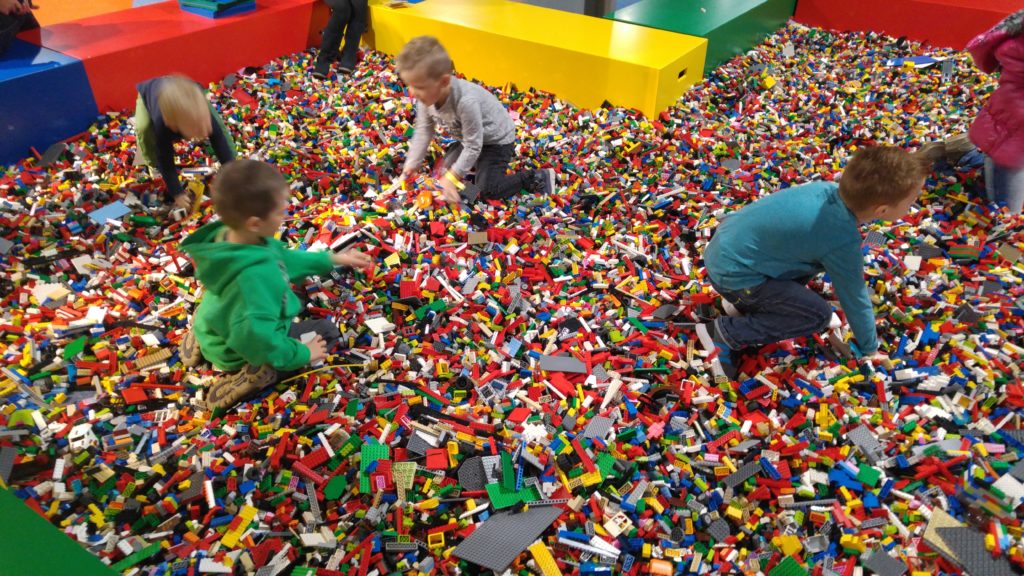 Swimming in LEGO, at LEGOWorld 2016 in Utrecht.

When our son saw an advertisement for LEGOWorld and started begging to go, I was skeptical. We’ve been to a few of these big events in the past and often leave overheated and frustrated by the crowds. Still, how could I disappoint a 4-year-old LEGO fan, especially when the organisers offered us two free press tickets to go and review the show? I couldn’t, of course, so off we went.

Long story short: much to my surprise, we had a fantastic time at LEGOWorld. The displays and activities were creative and varied, offering something for kids of all ages. Just an hour into the show, we’d already built our own LEGO mini figures, had our names printed on a LEGO block, jumped into a sea of bricks, assembled a race car and participated in a LEGO relay race. I texted my husband: “It’s brilliant here – love it!!”

Here are a few tips for your visit, based on our experience.

Have fun at LEGOWorld!

Crazy About LEGO? Get Ready For LEGO World in Utrecht
Day Out With The Kids? The Maritime Museum in Rotterdam is Awesome!