By Friedel on September 11, 2017 in Camping, Schiermonnikoog

This summer we spent a few days camping and cycling around the Dutch island of Schiermonnikoog with our two boys (age 5 and 2). Even though it was high tourist season when we visited, the island had a laid-back feeling and we really enjoyed our time there. 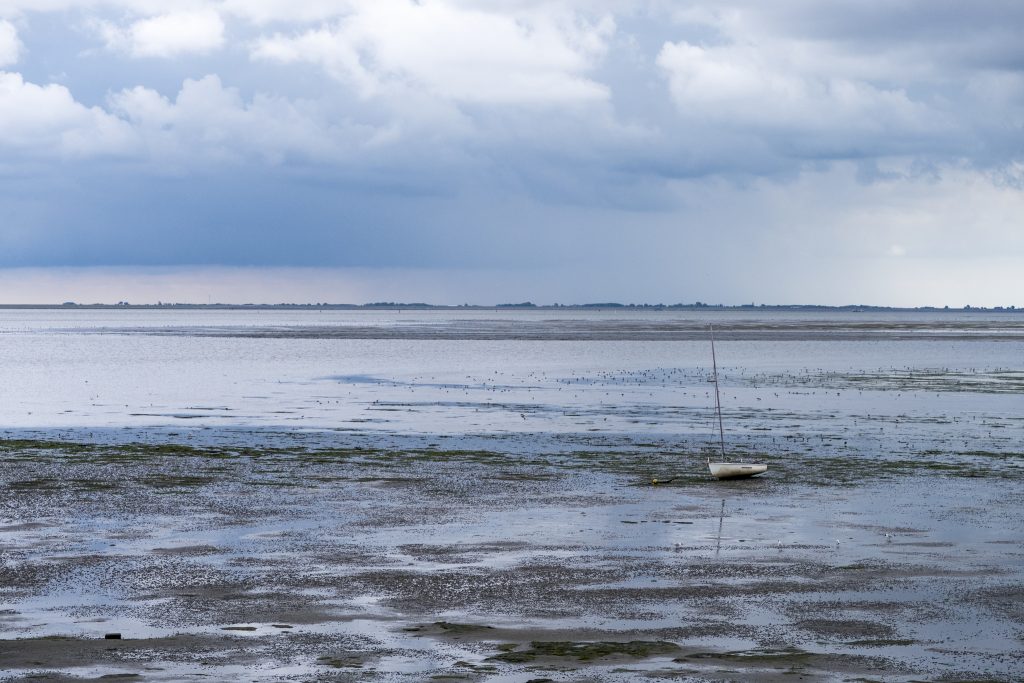 A beautiful view of the bay from a bike path onSchiermonnikoog.

Its small size alone makes Schiermonnikoog perfect for families. You can get everywhere easily by bicycle because the island only measures 16km long and 4km wide — and much of that space is taken up by a national park. The town, where you’ll spend most of your time, is far smaller. You can get nearly everywhere within just a few minutes.

We stayed at Camping Seedune. It’s a big campground (the main one on the island) with well over 100 pitches and we were initially worried that it might be quite noisy but actually nearly everything about Camping Seedune turned out to be perfect for us.

There were a ton of families staying there, so the kids instantly made friends. Also, despite the size of Camping Seedune, it was surprisingly easy to find a place to tuck the tent away in the dunes so we felt we had enough privacy. After 8pm most kids went to bed and the evenings were quiet. The staff were friendly and the facilities were clean. Recommended!

Before getting to Camping Seedune we stopped briefly at Vakantieboederij Springfield but the drab tenting field, tiny kitchen and teenagers wandering around with cases of beer didn’t inspire us to stay.

While at the campground, we decided to take a break from cooking. Instead we ordered pizza from Vrouwe Jakoba. It was good and delivered quickly. A winner!

We also enjoyed a fabulous lunch at De Marlijn, the most northerly restaurant in the Netherlands. It has everything you could want in a family restaurant: a great location (on the beach), absolutely delicious food (we feasted on the Antipastiplank but everything looked amazing) and a ton of games, colouring sheets and books to keep the kids amused. If we’d been on the island longer, we’d have definitely returned here a few times.

Via the Natuurmonumenten site, we discovered a nature walk for kids. From the dunes to the sea, our guide told us about the animals that live in the area and had the kids search for things like rabbit holes, crabs and tiny periwinkles.

The kids walk was just one of several activities on in the summer (mostly organised by the National Park), so check out the website and see what appeals. There is also a small visitors’ centre for the National Park. It’s a good place to spend an hour or so getting to know the plants, animals and landscape of the island. They also sell some interesting maps and books.

Painting on the Beach

Atelier Schier is a walk-in art gallery in an old bus, located on the beach closest to the town. Anyone who wants to do some painting can turn up and paint their own impressions of the island on a canvas. It’s a lot of fun, great for all ages and very affordable. It’s a popular rainy day activity though, so if the weather is iffy it’s a good idea to turn up when they open. 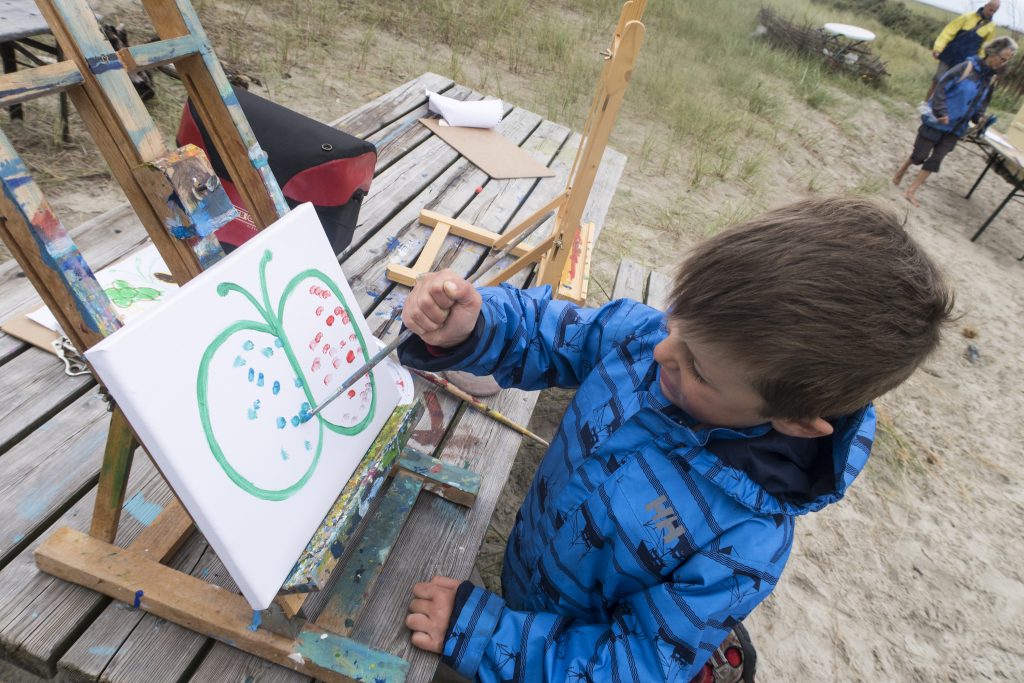 Painting at Atelier Schier on Schiermonnikoog.

Our last day on the island started with a parent-kid yoga session on the beach. Teacher Josine set the perfect mood — relaxing us, and entertaining the kids with her stories of sea animals. Of course there was a yoga move to go with every animal, and some fantastic mom-son cooperation. 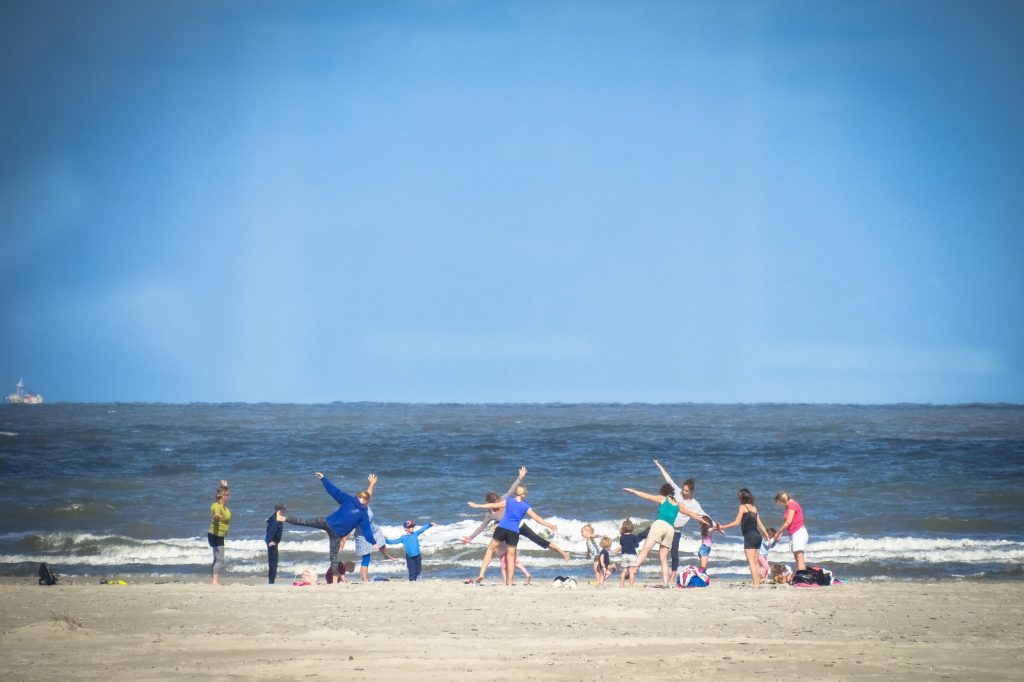 Day Out With The Kids? The Maritime Museum in Rotterdam is Awesome!
A Day With Seals in Pieterburen (Zeehondencentrum)