By Friedel on January 6, 2014 in Arriving By Plane

Amsterdam’s Schiphol airport serves over 50 million passengers every year and chances are you will be one of them if you come to visit or live in the Netherlands.

Since we live in Holland, we’ve passed through Schiphol several times. During those visits, we’ve discovered a few “hidden” shops and services that are handy to know about but easy to miss if you’ve just landed and are heavily jetlagged. All of these are accessible from the public part of the airport (before you clear security).

Food doesn’t have to be expensive at Schiphol. If you’re on a budget, head for a supermarket. There are Albert Heijn “To Go” supermarkets (small shops selling mostly ready-prepared snacks) opposite Arrivals 1 and Arrivals 4 and a larger Albert Heijn in the main plaza (where “Food Village” formerly was). The prices are more or less the same as what you’d pay in any Albert Heijn across the country and it’s open nearly around the clock, from 6am to midnight, making this your best option for good value food at the airport.

For new arrivals, the Holland Tourist Bureau (in Arrivals 2) can help with maps, hotels and general information. They specialise in last-minute bookings, and you can buy train tickets here (you can also get train tickets from the ticket windows in the hall above the train platforms). The tourist bureau is open every day from 7am-10pm. 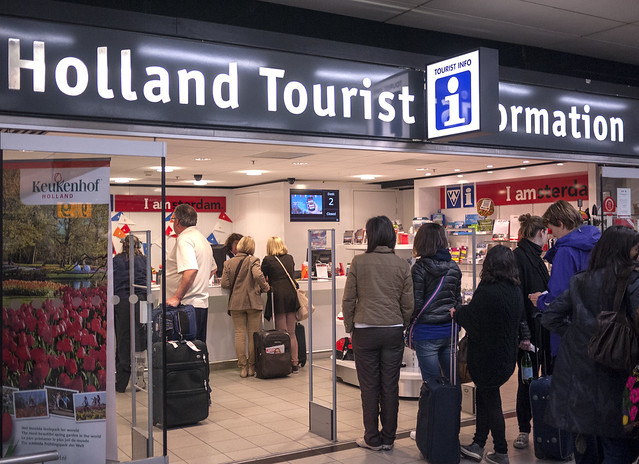 If you love cycling as much as we do, then the day may come when you need to stash a bike at Schiphol for a few hours or a day. If so, bring your own lock and you can use one of these handy bike lockers. They’re called fietskluizen in Dutch and you’ll find them near the Schiphol Plaza bus station (this is the same spot from which you can catch a bus to the Keukenhof). 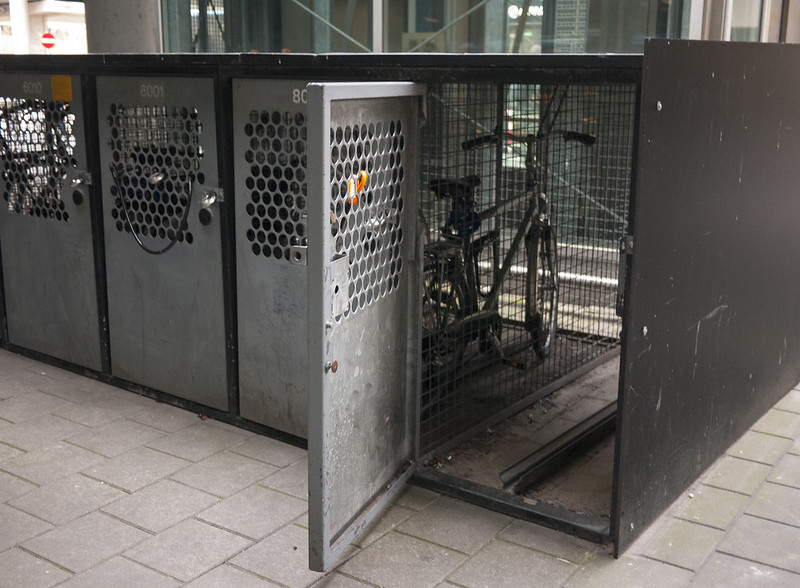 During the summer, you can visit the Keukenhof Gardens directly from Schiphol. It takes about 35 minutes to get to the gardens and the bus leaves from platform B1/B3 at the Schiphol Plaza bus station. 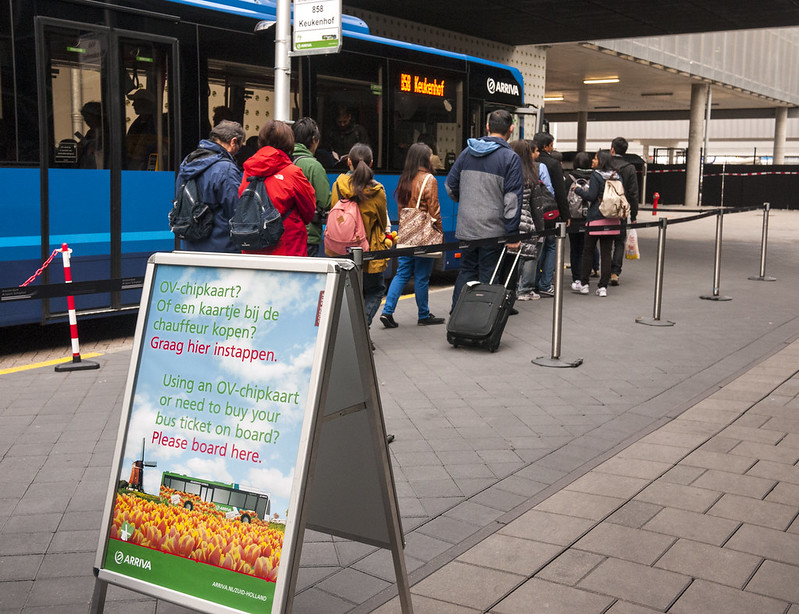 Take the bus to the Keukenhof Gardens.

If you have a few hours at Schiphol but don’t want to go into Amsterdam, why not try a tour of the airport? This is also a fun activity to do with the kids during school vacation Schiphol Behind The Scenes is a bus tour that runs four times a day (except on Monday). It takes about an hour. Afterwards, you can go to the Panorama Terrace (viewing gallery) to do some more plane spotting. Bring some food from the supermarket if you like. They have picnic tables!

The Touchdown Restaurant is located just off of the Panorama Terrace, on the third floor. There you’ll find a kids play area. The cafeteria-style restaurant serves kid-friendly food such as pancakes but if you don’t want to eat there it’s also possible to just wander inside and use the play area. 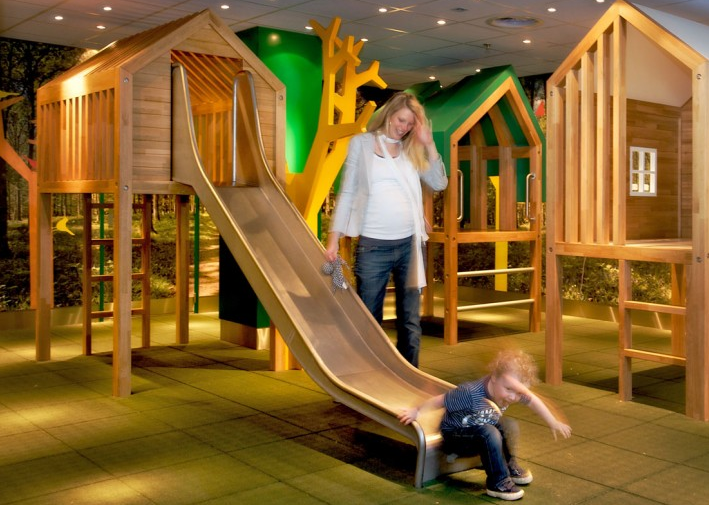 On the other side of customs is the ‘Kids Forest’ – a play area with slides, treehouses and more. There’s also a baby lounge where parents of young kids can feed, bathe and relax with the little ones.

Do you have any tips for people visiting and travelling through Schiphol airport? Share them in the comments!